Coffee Basics: A Guide to 4 Types of Coffee Beans

There is something truly magical about the multi-sensory experience of that first cup of coffee.

It could be the retro-nasal, fruity or nutty aroma that goes through your nose to the back of your mouth when you open your favorite packet of coffee. Maybe it’s the visual cues of watching your drip machine prepare your coffee, or perhaps the familiar hiss of the steamer at your local coffee shop. What ever it may be, this is the enchanting ritual of adoration by several devotees all over the world. Welcome to the wonderful world of coffee fanatics!

Before we begin our sensory journey, let’s define what coffee is.

Coffee is a brewed beverage that is prepared by roasting the red seeds of berries found on certain species of the Coffea plant. These seeds are what we refer to as coffee beans, although they are not actual beans. The plant grows as a small, evergreen shrub or tree and does well in tropical climatic regions.

Legend has it that during the 9th Century, a goat herder named Kaldi was out watching his goats on a plateau somewhere in Ethiopia. He observed his goats getting jumpy and hyper after they ate the bright red berries of a particular plant, and the goats would be restless during the night.

Being curious, Kaldi tried the berries himself and brought them to the abbot of the neighboring monastery, explaining what the berries did to the goats. The abbot did not believe him and threw the berries into the fire, which caused a gust of aromatic coffee wind to spread through the monastery and entice the other monks.

They quickly raked the beans, ground them up and mixed them with hot water. This is the unofficial fable associated with the first cup of coffee!

All the best coffee in the world is grown around the coffee belt. This is the area that surrounds the equator like a belt around the earth. The coffee belt influences the environment to determine the base flavors for your coffee, for example:

Coffee Arabica commonly hailed as gourmet coffee and it covers more than 70% of the world’s total coffee production, making it the most common coffee available in the market. It is mainly grown in areas with high altitude that have plenty of shade and receive steady rainfall. These coffee trees are small in size, growing to only 6 inches and are easy to prune and harvest.

The beans are of a higher quality as compared to the rest, but they are very delicate and prone to diseases, especially coffee blight and Coffee Leaf Rust (CLR) which took out most of the world’s coffee supply in an outbreak, just before the end of the 19th Century. Back then, Arabica was the only coffee produced and the outbreak pushed farmers to discover alternative crops.

Growing Arabica coffee is labor intensive and the plant produces very low yields. Considering that Arabica is a high quality and high demand bean that requires more care during the growing process, this places a higher price tag on the coffee.

Arabica has multi-layered flavors and aromatic properties while containing a good amount of acidity. It also has half the amount of caffeine than the Robusta bean, making it a good brand for those trying to go off caffeine. The sweet and saline taste of Arabica Coffee is experienced at the front of the palate but the quality tends to die off when served cold or with creamer.

The French Press or Drip coffee makers are the best techniques to use to bring out the flavor of Coffea Arabica. Find out which method is right for you in our article, here!

After the 19th Century outbreak, Indonesia was one of the first countries to try and experiment with other coffee plants, and they came up with Robusta! Although it had a higher yield and was highly resistant to CLR, it was of a much lower grade quality than Arabica. During the mid-20th Century, East Java led breeding designs that formed the bases of Robusta breeding programs in Africa and India.

Robusta takes after the English connotation of its name – Robust. It is high yielding, disease resistant and can tolerate harsher climates than Arabica, hence, robust. It grows well in lower elevations but it can withstand different altitudes. Robusta coffee plants prefer hot climates with irregular rainfall. It is mostly grown in the Eastern hemisphere, with Vietnam being the world’s largest producer.

Robusta coffee contains a higher caffeine level, approximately 2.5% higher than other coffees. The high caffeine level is the plants’ natural self-defense mechanism against diseases. Robusta beans do not take the shape of a bean but look more like little balls.

Robusta coffee has a smooth texture and low acidity. It has an astringent flavor profile that is associated with hints of chocolate. The heavy body taste of Robusta can seem harsh with bitter notes that are mostly felt at the back of the palate. If your Robusta coffee has a flat smell or rubbery taste, it was probably forced to grow in unfavorable conditions.

Robusta coffee is perfect for espresso shots and it does not lose its flavor when mixed with cream and sugar. It is also a good brand for iced coffee.

Liberica coffee is not a very popular coffee in the market, and depending on which country you are in, it may be close to impossible to find. It was first tried out by the Philippines in 1890 with the help of the United States of America (USA) pushing supplies to the archipelago. After the Philippines declared their independence, USA cut its ties with the country and production of Liberica coffee dwindled. In 1995, Liberica coffee was back in the market, growing heavily in the provinces of Cavite and Batangas. They are also grown in Malaysia and produce coffee of fairly good quality.

Liberica coffee grows wildly in forested environments and the plants can mature to be between 20 and 30 feet tall. The Liberica beans are larger than both Arabica and Robusta and they are often asymmetrical in shape.

The Excelsa coffee tree looks like the Liberica and grows in the same conditions as the Liberica. It’s no wonder that it has recently been classified as Liberica, but the coffee production is dramatically different. Excelsa is grown mainly in South East Asia and represents 7% of the world’s coffee production. They are also grown in Ivory Coast and yield coffee of fairly qood quality.

The Excelsa bean takes the shape of a tear drop, just like Liberica, only it is significantly smaller. It is mostly used in coffee blends to boost the flavor and complexity of house coffees. It has a tart, fruity and mysteriously dark taste with light rosy notes that when brewed on its own, is an acquired taste that can be felt in the middle and back of the palate.

So the next time you are out shopping for coffee, have a look at the packaging because most coffees are named after the region or country of origin. This might have an effect on deciding your favorite types of coffee beans for your morning brew. It is also good to remember that while the roasting time determines the caffeine levels, acidity, body and intensity of the flavor, the brewing methods will also affect the final taste of your cup of Joe.

Do you have a favorite coffee bean? Let us know in the comments section below.

Don’t forget, join the 80k, and growing, community on our Instagram and if you want to learn more about making coffee from people just like you, be sure to join our private Facebook group here at Daily Coffee Talk. You’ll be able to learn how to brew, how to roast and most importantly how to enjoy the perfect cup of coffee!

Thanks for reading, we’ll brew ya later! ☕️ 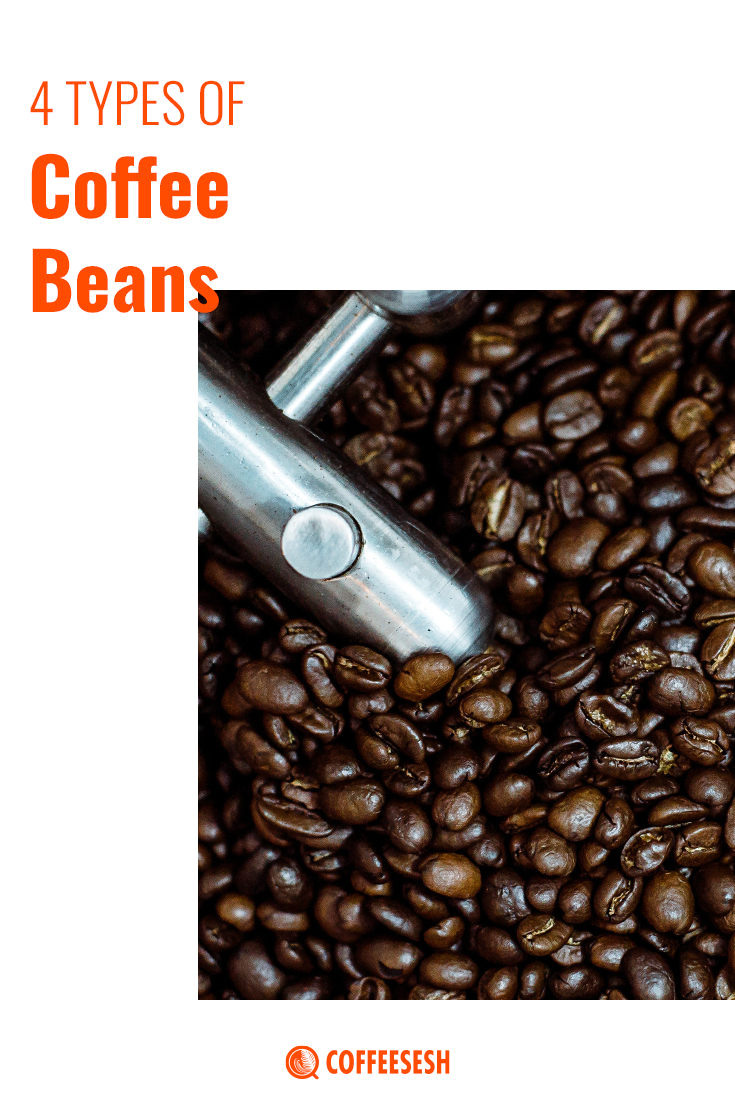 0
It's that time of the year: we need to keep updated on what's going on in the world of hybrid coffee makers....
Read more

Coffee or Wine? You Can Get Both With Wine Infused Coffee

0
A lot of people like both coffee and wine, but these two aren't recommended to drink together. You shouldn't mix alcohol with...
Read more