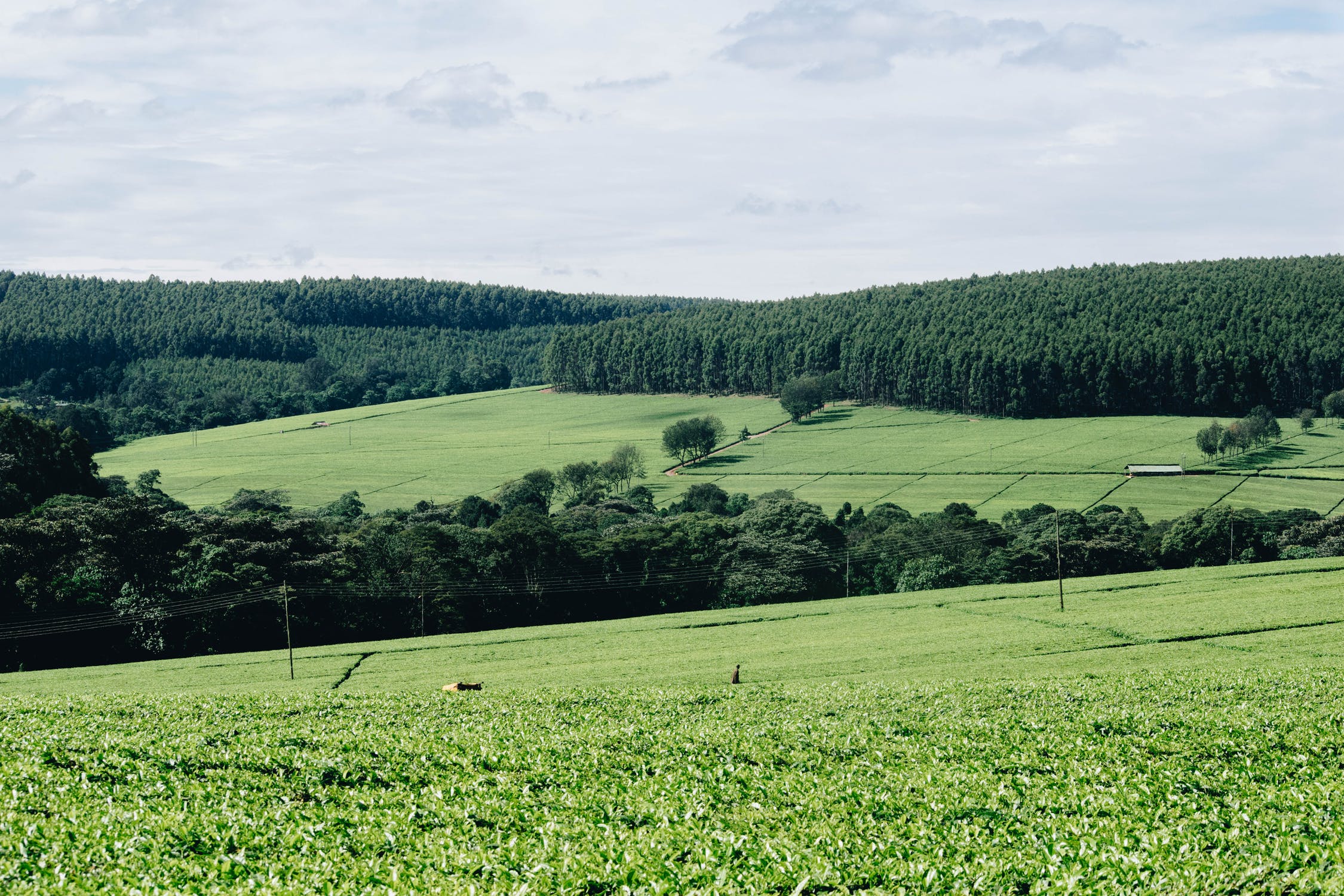 Africa is, next to South America, the best place you could ever want to grow coffee in. After all, coffee originated in Africa, although the exact place is a bit contended.

Many agree that it was in Ethiopia where the plant originated – Kenya’s neighbor to the south.

Although being that close to the original source of coffee, it did not have any presence at all in the country until the 19th Century, when missionaries introduced coffee -in its final form of roasted bean- to the culture.

It was then that coffee started gaining popularity; Kenyans quickly took a liking to coffee and developed the country’s most notable coffee drink: the Kahawa Chungu.

Kahawa Chungu -literally “bitter coffee”- it is filtered coffee without any sugar, yet with a combination of many spices: Cardamom, cloves, nutmeg, and ginger are used. Recipes vary depending on the household – but sugar, or milk, are not commonly added.

Then there is Kahawa Tamu – sweet coffee. This is very much prepared and condimented in the same way – but with added sugar. The drink is favored by people who are not yet used to drinking coffee – which is why diluting it with a little bit of water is also a common practice for Kahawa Tamu drinkers.

Let’s take a look at what kind of role coffee has both for the country itself, and for the people that are directly involved in the production of coffee.

Kenya has a lot of different climates – depending on the area. From tropical climate, to more temperate climates in higher-altitude places like Nairobi, the capital of Kenya, to arid regions.

But the most special places for coffee farming are Kenya’s volcanic soil. In fact, Mount Kenya (which was formed thanks to volcanic activity millions of years ago), is what gave the name to the country.

So – volcanic soil. This is typically referred to as red earth. Red earth is incredibly rich in nutrients – it is typically formed after thousands upon thousands of years of volcanic activity, mixed with agriculture, and then volcanic activity upon it. From its epicenter, it can reach vast distances – where you wouldn’t find a past volcano in sight.

This red earth is what gives Kenyan coffee such an edge. The Italians know it – some of the best tomatoes to ever be grown in Italy were grown near the site of the famous (or infamous?) Vesuvius. In New Zealand, too, many farmers benefit from volcanic soil.

Now that you know this, whenever you buy Kenyan coffee, look out for any indication of it being grown in the Highlands, or just simply look for the word Volcano and its many derivatives. It is the best Kenyan coffee you can get.

The Importance of the Coffee Industry in Kenya

Coffee is very close to the heart of Kenya. It is believed that around 6 million people are employed either directly or indirectly by the Kenyan coffee industry – if you consider the country’s population is about 47 million, that’s quite a lot.

As an Exporter of high-quality coffee, Kenya’s made a name for itself for the excellence of their coffee – effectively putting Kenya on the map.

The government of Kenya, in its interest for keeping the industry’s foreign exchange rising thanks to coffee farming, provides loans to farmers and helps them by putting together educational material for farmers to learn about new, better farming practices.

Thanks to the revenue, many roads have been built and continue to be built so that there is better, faster access to remote areas which would have been otherwise very hard to get to.

A combination of all these factors are contributing to a steady rise in coffee farmers’ financial situation. It is no secret that coffee farmers have been systematically underpaid so that big companies could boost their profits – but this has dramatically changed in the last two decades. Kenyan farmers are slowly but surely increasing their standard of living.

Kenya is the world’s 16th most prolific producer of coffee – just behind Costa Rica – yet it is one of the countries that is increasing their yearly production the most.

With a whopping 49 metric tons of coffee, Kenya comes second only to the Ivory Coast in the whole continent.

A little competition is the best way to motivate someone to perform better – and this is what happens with coffee farmers in Kenya. They run a “democratic” market – coffee tasting events are held, in which each farm and/or farmer present their coffee. Then, an auction is held for anyone who is interested in buying large quantities of one particular coffee.

Though there is a direct way of buying from farmers, it involves hiring a third party to serve as a mediator, which can ultimately mean paying more.

This democratic model ensures that those who make the best coffee are the ones selling – and therefore, farmers must strive to better the taste of their own product. By avoiding deals and bad business practices (such as undercutting), the standard of Kenyan coffee is one of the highest in the world. Farmers are motivated to make their coffee better – that way they’ll sell more.

The Taste and Aroma of Kenyan Coffee

Coffee, in Kenya, is graded before selling to indicate the quality of the beans. The top gradings are AA and PB.

AA beans are typically larger in size, and coffee made from these beans features hints of citric fruits – most notably pineapple and grapefruit. Coriander, cocoa and cinnamon can also be found in the cup.

PB beans, which stands for Peaberry, are graded as such for their small size. The coffee cherry produces smaller sized beans that even owe their richness of taste and aroma to their size.

With an incredibly rich aroma, these beans make a coffee that has a very rich taste. PB beans are best enjoyed when brewed with a Siphon or the Hario V60. Once cooled down, the coffee’s taste acquires a richer taste that is reminiscent of red wine.

0
Many of us wouldn’t trade coffee for anything else, but it doesn’t mean, however, that we don’t enjoy an energy drink here...
Read more
Inspo

0
A Cup for Everyone For breakfast or after a meal or snack, a cup of coffee is a perfect...
Read more

0
For casual coffee drinkers, it can be challenging to decide which coffee beans to buy. Today, there are numerous brands in the...
Read more

How to Use a Manual Espresso Machine

0
The instant pot is a versatile kitchen appliance for making all sorts of meals, snacks, desserts, and foods. If you are looking...
Read more

0
Ostomy surgery is a very major change in the supposedly normal course of a human’s body as it were. Upon full recovery,...
Read more