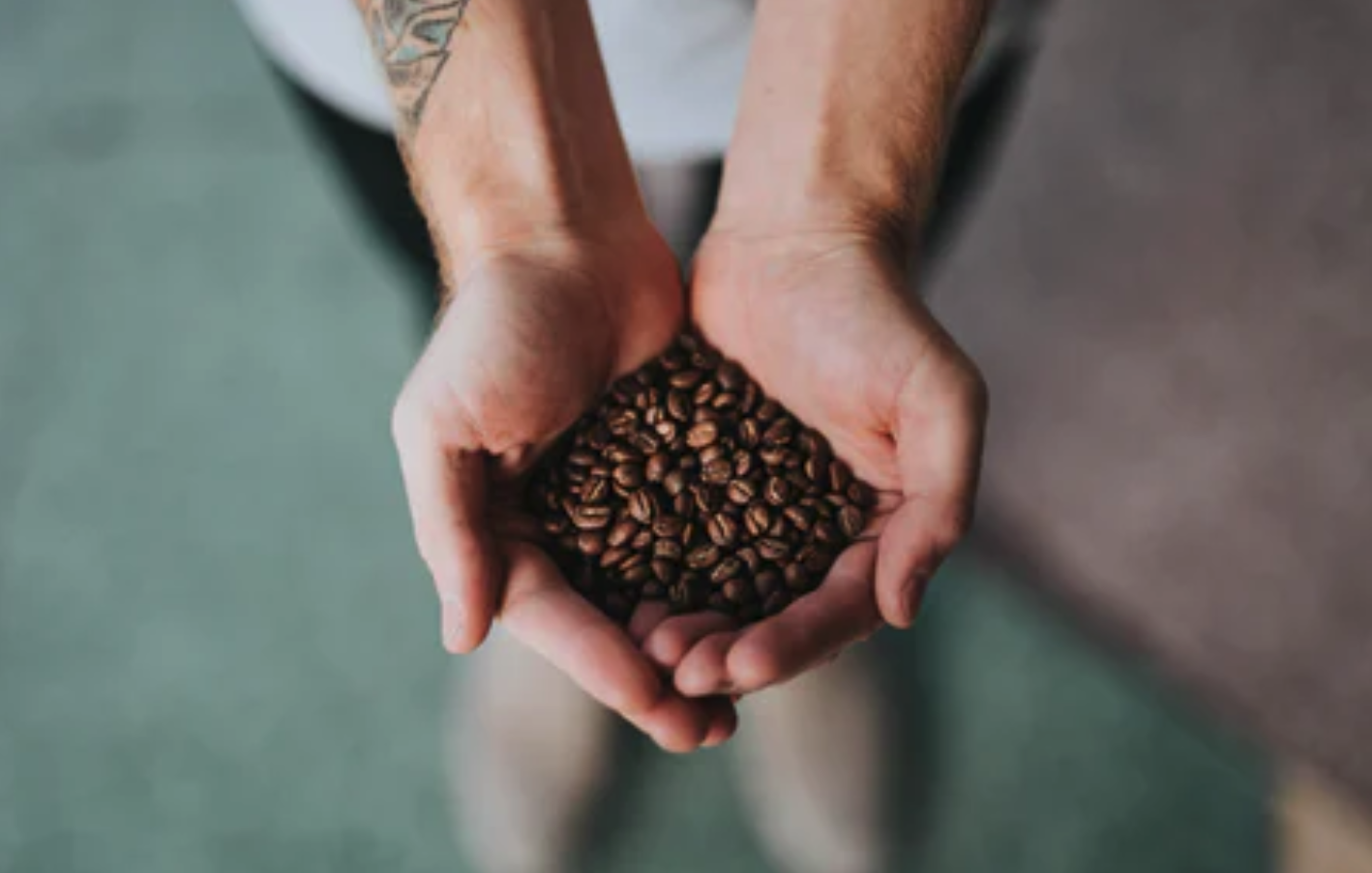 Let’s talk grinders. Time and time again, we’ve said that this is the most important investment that you can make, particularly if it is for home use. Just grinding your coffee will result in a ton of aroma and taste that you would be missing out on if you were, for example, buying ground coffee. But grinders are not particularly cheap, and they’re machines that normally no one grows up using like other appliances– and it’s hard to choose when you aren’t familiar with them.

The grinders we’re going to review today are from Baratza, which is one of our favorite brands for grinders. They specialize in coffee grinders, and have a great reputation for their high-quality machines. They are based in Seattle, Washington, where all of the engineering and brainstorming takes place, while the most sensitive parts are made over in Europe.

Baratza grinders are some of the most reliable ones on the market nowadays. Today, we’re gonna be taking a look at their two best entry-level grinders: The Baratza Encore, and the Baratza Virtuoso+.

Let’s start by the most important part of the grinder: The burrs. Both these machines have 40mm conical burrs manufactured in Europe. The difference lies in the performance that you can expect from each.

The Encore grinder has a maximum grind speed of 1.1 grams of coffee per second. RPM (revolutions per minute) are not specified for this machine, which means that it has an increased risk of a high RPM, leading to machine overheating.

Virtuoso’s maximum grind speed is at 2.4 grams a second, which is impressive. It also has an implemented system which slows rotation so that this grind speed is achieved while maintaining RPM at 550—this is a very helpful feature for us because it will prevent both overheating and wearing down of the burrs.

A huge feature that not most grinders have is that the burrs are easily removed. The machine can easily be taken apart for cleaning and then put together back again without no real knowledge. You don’t need tools or anything.

For a lot of grinders, this can be the defining thing that makes you buy or not. A fixated set of burrs can mean that, if something goes wrong, you have to get rid of the whole thing. Or, even worse, you can’t ever really clean it because taking it apart would be almost impossible without losing screws both literally and figuratively. So this is something you really want for your grinder: Removable burrs.

But the best thing about Baratza grinders is that they offer ease of replacement: if your burrs happen to have any sort of problem, it is very easy for you to repair it, if it can be repaired, or to directly buy a new part from them. So, having a problem with your machine is not the end of the world: Just reach out to the Baratza guys, and your machine will breathe new life soon.

Both machines boast of 40 different grind settings, which is a satisfying number for most people: You can make any type of coffee from espresso to cowboy coffee with these grinders

The Encore, however, can only grind down to 250 microns, while the Virtuoso+ can go from 200 up to 1400 microns. Small difference, but important nonetheless. Note: A micron is a unit of lenght equal to one millionth of a meter.

The Encore grinder stands out from other Baratza grinders because it lacks any metallic, shiny surface that are featured in virtually every other of their grinders. In turn, this grinder looks minimalistic and more sophisticated. The dark colors and the simplicity of the design make it very suitable for almost any kind of scene, but particularly good for those who don’t like having their grinder out in the open.

The Virtuoso, however, wants to be the center of attention. With a dazzling metallic surface and a digital display, it is something that catches the eye, which makes it very pleasant to operate.

The aesthetic on this machine makes for a self-confident look. This grinder is perfect for displaying proudly on your kitchen where it will catch anyone’s attention and lead to you having to make a cup of coffee to every one of your guests.

Baratza never disappoints with its motors. Even for these two grinders which are some of the less expensive in the medium-entry range, the motor is of high quality.

Both machines have essentially the same motor: A high torque DC motor with enough power to run at slower speeds, which makes for a less noisy grind. It comes with an automatic thermal cutoff switch that prevents the machine from overheating.

It also has a speed reduction system which aims to reduce RPM. It helps with grind consistency, and with noise.

Though they both offer the same, but we have noticed that the Virtuoso+ offers better consistency when grinding for espresso.

We got the Encore and Virtuoso+ together in the same place and made coffee with grounds that we got from each machine to compare side by side. These are our thoughts:

First off, the hopper is exactly the same on both: cone-shaped and at a sharper angle than you normally see. This is great because it encourages beans to flow naturally downwards. The hopper holds up to eight ounces, but Baratza has an extension that can add nine ounces of capacity to your hopper.

We started by getting some coarse grounds to make French press coffee:

Here we noticed one important thing: There’s an important difference when using each machine. The Encore was very simple to use: there’s a manual on and off switch at the side, and other than that there’s nothing else you have to touch to get your grounds. This, we think, is exactly what you want for a coffee shop: Ease of use, enabling rapid output for the barista.

On the other hand, the Virtuoso+ was a delight to operate. The digital display makes it more engaging to choose your grind. The whole interface makes you want to take more time to choose; it kind of turns you into a perfectionist, as happens with grinders that have too many settings. This machine seems more suited to personal use, although it has a dosing function that makes up for a slower workflow—This lets you get a dose every 40 seconds, which makes it a reasonable player for coffee shops as well.

After we got our coarse coffee grounds, we noticed no major differences. We brewed normally, and the result was pretty much the same with both machines. It was, overall, a good grind, and it made good coffee.

We then moved on to pour-over:

We grounded enough for about two cups on each grinder, medium-fine. Important to note that upon removal of the grounds bin, there was considerably more loose grounds on the Encore, but with some extra caution when removing this could be avoided. Plus, Baratza does sell a portafilter holder accessory for their grinders which would solve this problem completely.

The resulting grind was great for both machines, and the coffee made from them was excellent: both brews came out very well-balanced, bright, and with lots of aroma. These grinders’ forte might just be pour-over.

After grinding, it’s important to say that the Virtuoso+ made a much finer grind, noticeable to the eye. The Encore showed some inconsistencies in the grounds—We spread them over a white kitchen towel and could see that the grind was not consistent.

This was noticeable after making our coffee: The espresso made with grounds from the Encore came out having a sort of flat taste— bitter, with aroma, but not the kind of flavor that you would expect.

The Virtuoso+, however, gave us a very consistent grind. The espresso that resulted had great flavor and aroma: We couldn’t find anything to complain. Just a great espresso.

The espresso is, then, the most defined difference for the Encore and the Virtuoso. We think it’s safe to say that, if you’re someone who makes espresso daily and are very picky about the quality of your coffee (which you should be), then the Virtuoso+ is most adequate for you.

Here’s a chart for comparing other aspects of these grinders:

Cleaning both the Encore and the Virtuoso+ is a breeze. There isn’t much static, so the hoppers are quite easily cleaned, in fact, just wiping them down is enough for daily maintenance of the hopper.

Taking them apart for more in-depth cleaning was very easy, too. Both these machines are designed to be very accessible to anyone, so anyone can get in there without too much hassle. Once we saw the burrs, just some gentle dusting with our trusty shaving brush (which we highly recommend for cleaning any grinder) was enough to get all the coffee particles out of there. Very satisfying experience.

We can say with certainty that both the Encore and the Virtuoso+ are:

All in all, these are great choices for most people. If you love making coffee in a Hario V60 or a Chemex, then the Encore does an excellent job and has a great price. However, if you want a machine that can provide quality espresso, then the Virtuoso+ is much better at grinding finer coffee and will surely make your espresso better.

That said, take your time. Consider the grinder as an investment not just for convenience: Buying whole beans is much cheaper, in the long run, than buying ground coffee, but it’s also an investment that goes towards the taste of your coffee. There’s truly nothing like the smell of freshly ground coffee, and the coffee made from it has a superior taste.

0
Over 2.25 billion cups of coffee are consumed every day around the world.  And espresso, without a doubt, is...
Read more
Coffee Maker

0
We regret to inform you that you do have to clean your espresso machine every once in a while.
Read more
Coffee Maker