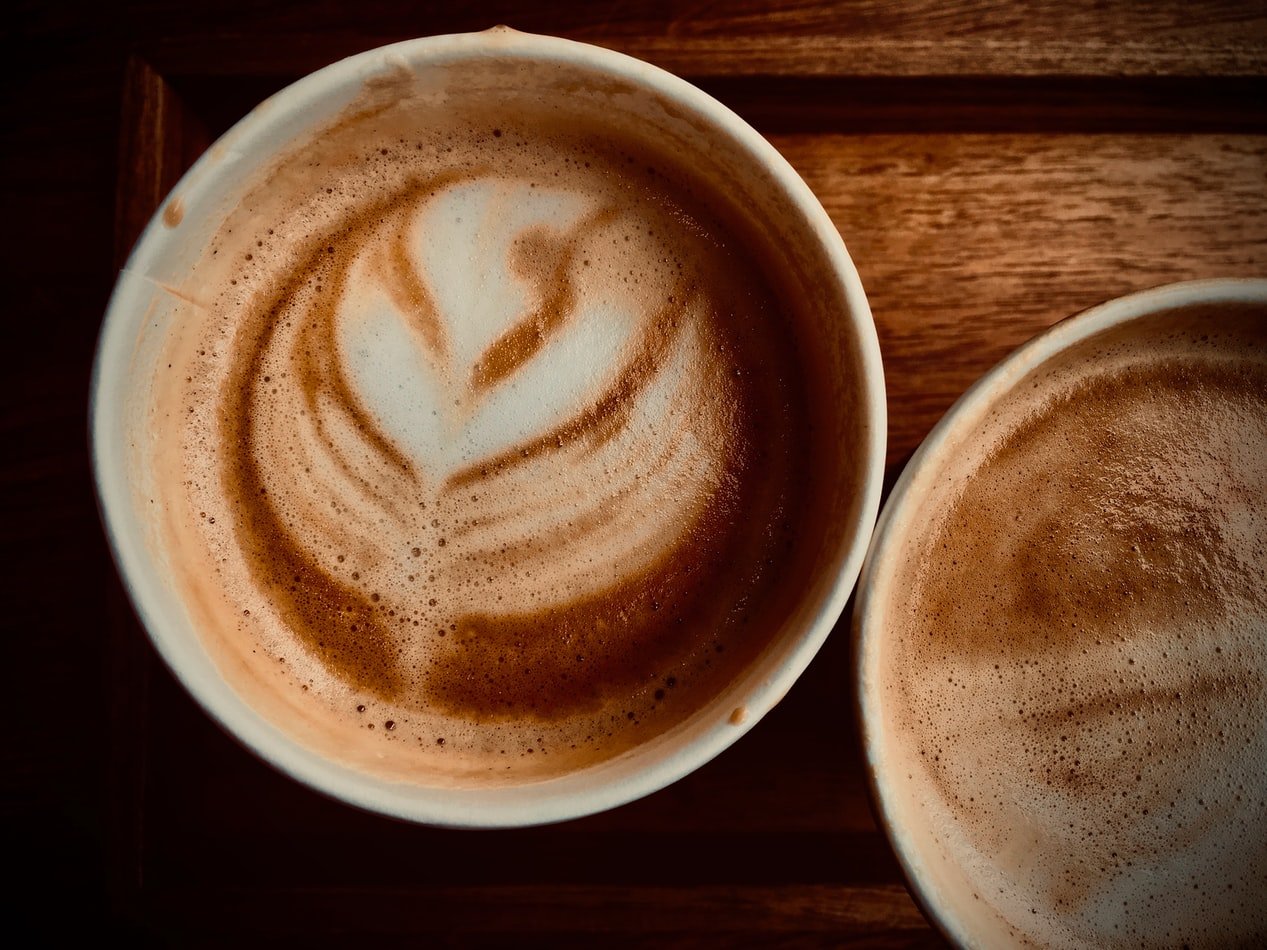 Coffee from the Dominican Republic has long been overshadowed by the products of neighboring countries like Jamaica and Puerto Rico, but the best from this island can easily qualify as some of the finest coffee coming out of the Carribean. The global coffee industry today is dominated by medium roasted beans that focus on diverse and complex flavor palettes, but Dominican coffee shuns the norm to produce coffee that is best had dark roasted. Its smoky earthiness, along with notes of velvety dark chocolate and sugary sweetness compliment the bold strength of these beans well, and the full-bodied texture rounds up a delightful cup of Joe. It’s a shame that Dominican coffee is not very well-known in North America, but this article seeks to change that. Here, we’ll present a definitive guide to coffee from the Dominican Republic. From the way coffee has shaped their history, culture, and lifestyle, to how you can make a cup the traditional way, and everything in between, this article is a comprehensive account of coffee in this Carribean nation.

The History and Geography of Dominican Coffee

Coffee is generally thought to have been introduced here around the early 18th century. Two popular accounts tell slightly differing stories of this event. The first cites 1734-35 as the year a man named Gabriel de Clieu brought the beans to the territory then known as San Domingo. The second traces the history of coffee to the early 1700s, when Spanish immigrants hauled the coffee over from an island called Martinique.

Within a century of either date, coffee came to play an increasingly important role in the exports of this area, accounting for 30% of its total output. This is in part because the Dominican Republic has been blessed with several geographical conditions that make its land suitable for coffee growth. It has a fairly variegated terrain, it receives abundant rainfall that persists throughout the year, and the different microclimates found across DR all contribute to enhancing the quality of coffee produced here.

Altitude is one of the most important factors that determine coffee quality, but in the DR this can vary drastically, ranging from 600 to 1,450 meter above sea level. Anything that is grown above 1,200 meters is classified as hard bean coffee, which translates to denser, more complex flavors and a richer body. However, beans grown at lower altitudes can be blander, but one feature of the way coffee is grown in DR helps improve their quality. Much of the coffee here is shade-grown, with only about 10% of the output grown in sunny areas. Besides altitude, coffee also needs humid conditions to grow, and the year-round rain ensures this. Close to 90% of all coffee farmers have also committed to growing beans only in herbicide and pesticide-free zones, keeping to the most rigorous standards of production.

Coffee production numbers, as well as the conditions and standards adhered to have steadily improved over time. Today, the country produces around 350,000 to 500,000 bags of product every year. Close to 90% of this is Arabica, while the remaining 10% is occupied by Robusta. Coffee brewed from Robusta beans can often taste bitter, and the beans usually suffer some form of defect in the process of manufacturing. This masks the flavors and aromas that the surroundings of local coffee farms imbue upon the coffee bean, instead offering a strong, dark cup with the familiar caffeine buzz.

Coffee Culture in the Dominican Republic

Favorable geographic conditions, as important as they are, don’t compare to the second reason why coffee became so big in the DR, which is the way it has come to integrate itself into the lifestyles of natives here. Only about 20% of all coffee produced annually is exported to other countries, and a massive 80% is consumed by Dominicans at home. This statistic alone shows how much DR nationals love their coffee. The average citizen consumes around 3kgs of it in a year, drinking several cups throughout the day.

Besides being a regular indulgence, coffee also supports 40% of the DRs workforce, second only to sugarcane amongst the popular agricultural products grown in the country. It is thus no surprise that Dominicans like their coffee very sweet. Local households and cafes will pour several teaspoons of sugar into an already slightly sweet tasting brew, making the concoction an enamel-eroding one. The Dominicans also have an interesting name for coffee brewed in milk — Medio pollo — which literally means ‘half a chicken’. The origins of this association are unknown, but most people in the DR drink their coffee black, or ‘solo’. If you find yourself in a situation where you have to order coffee at a Dominican establishment, ask for the sugar to be served separately (sin azukar). Coffee with milk generally goes by the name ‘café con leche’.

Coffee is constantly growing and evolving in this Carribean nation. There is even an independent organization called ADOCAFES that has been tasked with ensuring this. ADOCAFES makes sure that coffee produced and distributed in the country is of acceptable standards. They also develop and perfect new types of coffee. One of the results of this is the increasing popularity of specialty coffees that contain many of the trademark qualities described earlier. The diverse microclimates also ensure a fairly healthy variance in the selection of coffee available in the DR, and this is covered in the next section.

Coffee is harvested throughout the year in some of the other corners of the Dominican Republic. Additionally, the influence of trade winds and warm ocean currents extends the growing season of coffee here, allowing the bean to mature slowly to gain higher quality. There are seven primary areas in the DR demarcated by the government, but there are many more prominent ones with their own brand of coffee.

Of these, the highest quality beans come from the Barahona and Cibao regions. Coffee from the Cibao area is particularly known for its nutty and chocolatey notes, and its low acidity makes it a great option for those whose stomachs are sensitive to coffee. The famous Santo Domingo coffee from the Dominican Sierra group is made with a blend of beans from these two areas. The Perello family has been producing coffee for more than 60 years now, and their brand represents some of the best beans the Dominican Republic has to offer. Their coffees are full-bodied, light to moderately acidic, with prominent notes of chocolate and fruits. This, combined with flavors of smoky earthiness, berries, and nuts all come together to make a truly exquisite cup of coffee.

Other prominent regions include Sierra Central, Bani, Ocoa, Neyba, and Juncalito. Of these, Bani and Ocoa produce coffees that are smoother, with more subtle notes.

The DR also has something special to offer for the more health-conscious of us. Green coffee from this nation, available for approximately $15 a pack, is packed with antioxidants that come with many crucial benefits. These include improved mental cognition, relief from headaches, and even better weight control. The chlorogenic acid helps burn fat, helping you maintain a slim waistline.

Making A Cup Of Dominican Coffee

To have the full experience, one needs to go beyond just buying Dominican coffee beans. Knowing how to make coffee the traditional way natives consume it is also of the essence. Most from the DR use a greca, an instrument resembling a Moka pot, though you could use a French Press or just pour-over.

If you’re using a greca, unscrew the device to obtain its three parts: the filter, the water chamber, and the coffee holder. Clean all parts thoroughly, and fill the chamber at the bottom with water. Some boil the water, but you could go either way. Finely grind your coffee and add it to the other holder in the amount of your preference. Go with less with if you’re making espresso, increasing the quantity based on how much coffee you want, or if you intend to mix it with milk.

Make the parts are tightly screwed together before heating the greca on a low to medium heat. There needs to be enough heat for the water to boil, but not for the coffee to burn. Continue heating for about ten minutes before the smell of coffee begins to waft in the air. Lastly, mix only 250ml of water for every tablespoon of coffee, and garnish with heaps of sugar. Cut the brewing time down to five minutes in a French Press.

Dominican coffee may not dominate the list of global coffee exporters or producers, but the people of this nation have built a vibrant coffee culture worth observing and partaking in. Starting from the early 18th century, the people of the Dominican Republic took to coffee in an unprecedented way and made it their way of life. The coffee here is sweet and dark, but also soft and mellow. The way coffee is grown here also ensures that even those beans that would traditionally be considered low-quality, ones are grown at low altitudes, taste better than the ones grown in other countries. Practices like shade growing, wet-processing, and avoiding pesticides all reflect adherence to the most rigorous standards of production. The coffee beans here are especially suitable for those who prefer darker roasts but don’t like the bitter edge that often accompanies them. While traveling, beware of the copious amounts of sugar locals mix in their coffee, and always ask for it to be served separately.

0
For casual coffee drinkers, it can be challenging to decide which coffee beans to buy. Today, there are numerous brands in the...
Read more
Coffee

0
Many of us wouldn’t trade coffee for anything else, but it doesn’t mean, however, that we don’t enjoy an energy drink here...
Read more

0
For casual coffee drinkers, it can be challenging to decide which coffee beans to buy. Today, there are numerous brands in the...
Read more

How to Use a Manual Espresso Machine

0
The instant pot is a versatile kitchen appliance for making all sorts of meals, snacks, desserts, and foods. If you are looking...
Read more

0
Ostomy surgery is a very major change in the supposedly normal course of a human’s body as it were. Upon full recovery,...
Read more