The 7 Important Mushroom Coffee Benefits To A User

Mushrooms may be known as the fungi at the party, but they are also the barista servings drinks the next morning.

In this article, we explain 7 Mushroom Coffee Benefits in detail. Mushrooms are no longer just the perfect stir fry ingredient because they’ve entered the world of coffee!

Mushroom coffee has yet to become very mainstream, but it’s the importance of such coffee that is bound to pull in the crowds. Mushroom coffee is simply black coffee mixed with powdered medicinal mushrooms. The mushrooms are picked, dried, and ground (sounds somewhat familiar) in order to get the powdery substance.

Reishi, cordyceps, lion’s mane, maitake, and chaga mushrooms are common in mushroom coffee–meaning you are not putting portobellos in to your coffee. This helps with the flavor of the coffee, as those mushrooms above are chosen for having more muted flavors. Each type of mushroom is going to have different benefits with a few underlying themes.

Four Sigmatic, a leading brand of mushroom coffee, offers a lot of teas and cocoa mixes as well if you are really trying to cut down on caffeine intake. Their coffees are instant, which already makes time a benefit of mushroom coffee.

Healthy gut bacteria has a big roll in digestion, and it’s the prebiotics and polysaccharides in mushrooms that contributed to keeping things running smoothly. Most types of mushrooms that are used to make mushroom coffee are going to aid in this area.

3. Mushrooms May Help with Stress Levels

If you are drinking coffee, there’s a chance that you’re stressed. As soothing as a morning cup of joe is, coffee is often downed with the anticipation of a long day or late night. Adding mushrooms in the mix allows you to have the energy to get through the stressful situation while relieving yourself of some of those feelings—ever so slightly.

While mushrooms share a lot of importance, some of them are known for certain aspects more than others. This mushroom has been used by buddhists for a very long time in order to help focus during meditation, but it does more than help focus on a clear mind. Plug in to your creative drive after having a lion’s mane coffee, and notice how it affects you differently than a regular coffee.

This takes “don’t talk to me until I’ve had my coffee” to a whole other level. Cordyceps is a great way to enhance the energy boosting properties that already come with coffee. Energy drinks are associated a bit more with athletics, but it’s time to change that.

Skip those Emergen-C packets we all know about and just stick with your regular coffee when flu season starts to approach. Considering that coffee can be somewhat dehydrating, or at least lead you to urinate more so than a day without coffee, it is important to keep your immune system in mind if something is being depleted.

Soak up the benefits of both Cordyceps and Chaga with this blend.

This is because maitake mushrooms are a type of adaptogen, meaning it helps protect the body in many ways. On top of that, maitake mushrooms help immune functions and digestion. When combined with other mushrooms, such as with cordyceps in this latte mix, you’re bound to be unstoppable.

Keep in mind that as great as these 7 mushroom coffee benefits are, one sip is not going to suddenly make your cool, calm, and collected. Regularly incorporating mushroom coffee with have you reaping the most benefits, plus there are tons of different blends to experiment with. You may know you’re a dark roast enthusiast when it comes to regular coffee, but mushroom coffee is a whole other ballpark.

Are you going to give it a try, be sure to grab them on Amazon for 2 days FREE SHIPPING! If you don’t have Prime yet, sign up here for 30 days FREE trial, we’re sponsored by Amazon and would love to present this deal to you too! Quite of a few of the members here at @coffeesesh already signed up! Let us know if you notice any of the benefits first hand when you grab some mushroom coffee for yourself!

Thanks for reading up about the benefits of mushroom coffee. Be sure to share and join 80K+ other people following @coffeesesh. Also if you want to learn more about making coffee from people just like you, be sure to join our private Facebook group here at Daily Coffee Talk. You’ll be able to learn how to brew, how to roast and most importantly how to enjoy the perfect cup of coffee! 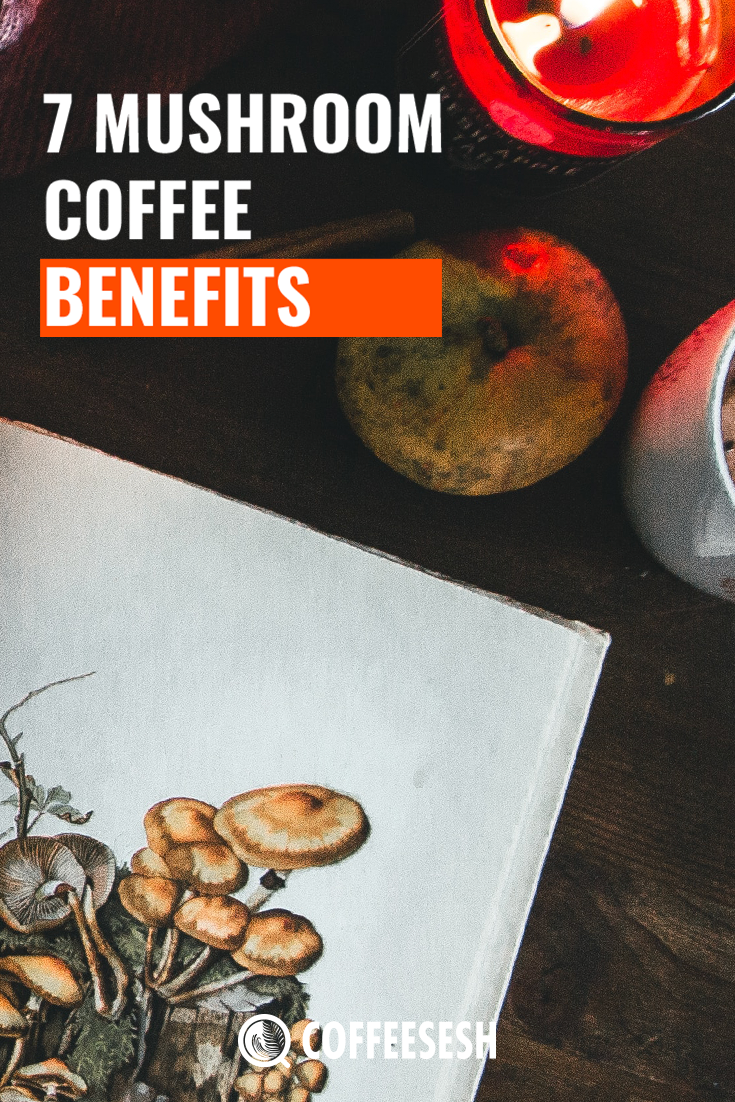