Nespresso vs Espresso (Review and Comparison) 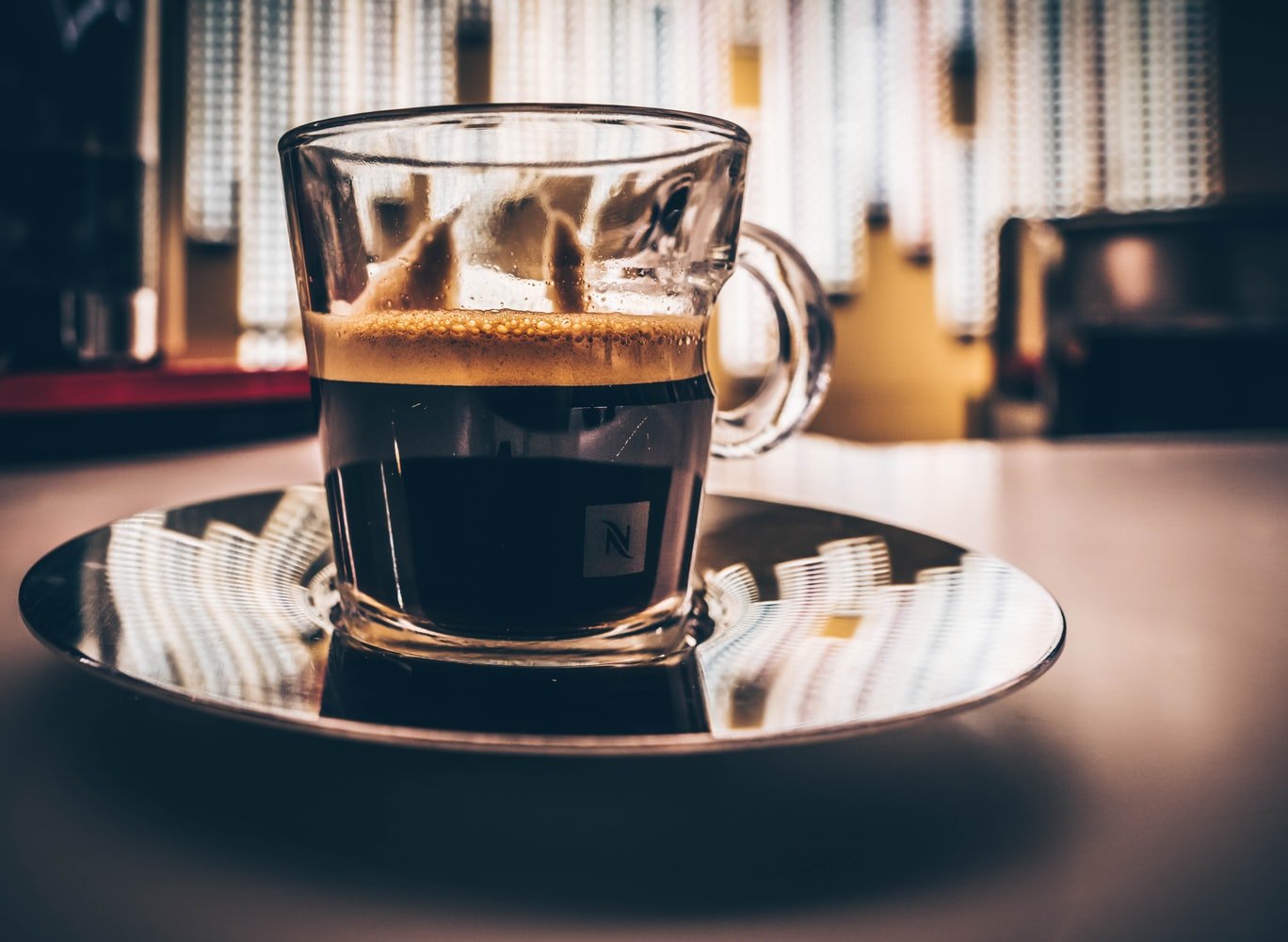 Wake up your taste buds, because we’re finally going to do something that we’d been planning for a long time: To compare the new and exciting- Nespresso to the classic and renowned Espresso.

With Nespresso advocated becoming a more common sight these days, hardcore life-long Espresso drinkers are gradually coming to terms with the fact that there might actually be a worthwhile challenger out there.

In order to really understand these two, we’re going to go back to their roots and see what separates them and also, ironically, what makes them very similar to each other.

Let’s Start with the Oldest of the Two: The Espresso

The Espresso was, in its time, the true convenient coffee. Unlike other forms of brewing coffee, which involved numerous tools and several minutes of just brewing, the Espresso was seen as something “instantaneous”.

Coffee could now be consumed with ease, being able to order and get your drink right away, as opposed to having to wait for someone to make the drink through infusion methods or others, such as pour-over.

Although the invention of the Espresso machine was something quite revolutionary, it did not make its way into popular culture until decades after the technology had been available. It wasn’t until people started seeing the potential of this technology for serving many people at once that “espresso bars” started appearing, first in Italy, forming then a culture that was formed around coffee, but more specifically about the espresso drink.

And the History of Nespresso:

It was invented, at first, to rival the convenience of coffee shops. The technology was invented to make espresso without the need for operating any tools or machines; rather a capsule with an appropriate dose for a single espresso would be inserted into the machine and, with the push of a button, it would make an espresso.

Though the technology was amazing and the quality very good, too, the idea was not well received at first. It took about 30 years for capsule coffee to be seen as an option for consumers. (Meanwhile, though, a capsule system was available but restricted to industrial use, such as for coffee vending machines made by Nespresso)

It took decades until, through marketing and owing to a rising need for quick and easy ways to drink coffee, the capsule coffee system was embraced by the general public. An even more convenient coffee than the king of fast, convenient coffee.

If you’re new to the Nespresso world, be sure to view our guide on How to Use a Nespresso Machine with Ease.

The principle of brewing is pretty much the same with these two: Use very strong pressure to make hot water pass through your coffee grounds. The raw force accelerates greatly the time you need for coffee to be brewed; If you wanted to get such a high concentration of coffee in the same amount of water, you would need to steep for more than five minutes. And it wouldn’t really taste the same.

So, pressure: both machines rely on pump pressure to pass hot water through the grounds.

Espresso machines usually have two or more group heads, which is where the hot water/steam comes out. You attach the portafilter there: the portafilter is basically a basket full of grounds with a metallic filter at the bottom and one single exit for the coffee. It has a handle so it is easy to carry around and you don’t burn yourself.

Nespresso capsules are, more or less, the same as this. Capsules have ground coffee inside and, at the bottom, there is a filter. At the top where the portafilter would be completely open, in the case of capsules, small holes are poked. When hot water is passed through the capsule, the bottom lid ruptures, letting your brewed coffee pass through.

Espresso was very famous in its day because its taste was regarded as far superior to any other method of brewing coffee.

Though very similar in taste, since it is a very similar brewing method, there are many variables in making Espresso that are completely out of the game for Nespresso.

Then comes the grind: You can almost always tweak the grind setting a little finer or coarser, depending on your taste. After it’s done, you pour it into the portafilter and its time to tamp: this, too, is a variable. You can choose to leave grounds a little loose or make it really tight in there— whatever you choose. Both will have an impact on flavor.

Aside from this, there are also variables like the type of machine, the water temperature, and trivial things like that.

Nespresso vows to eliminate any variables: Capsules all exactly the same. The machine will brew each capsule exactly the same, at the exact same (optimal) temperature, in the same amount of time. Every time.

Still not convinced to try Nespresso? Here are 14 reasons why you need a Nespresso machine.

As much as this is a good thing to optimize the quality of the coffee (since you are not giving room for human error) they do say that variety is the spice of life, and this is what is very restricted when it comes to Nespresso. It also seriously alienates you from your coffee.

One step in a very good direction for Nespresso is their recent Vertuo capsules. These capsules not only come in different sizes, containing different amounts of ground coffee each, but they also come with a barcode that they special VertuoLine machines will read. The barcode contains information about how to brew this particular kind of coffee: According to that information, it will change water temperature, water flow and volume, infusion time and revolution per minute (which we’ll take about in a sec).

Let’s lay down the process of making an Espresso and compare it with that of making a Nespresso. That way it will be clear how many variables are there really, while also taking a look at what the differences are when making each type of coffee.

This is, more or less, the way espresso is prepared in most serious coffee shops:

Note: When to stop the shot is a very controversial topic among baristas. When in doubt, place a scale below your cup and tare it. The espresso drink should be about 30g in weight: stop the shot when you’ve reached that weight.

And this if how a Nespresso coffee is made:

Some of us started with the latter, some of us with the espresso; we compared notes, and this is, more or less, what we thought of each after having tasted both:

Here are the best Nespresso machines on the market. View our buying guide and reviews and grab yours now!

As we said before, the method of brewing a cup of espresso and a Nespresso coffee is, give or take, the same.

But in recent efforts to better their capsule system, Nespresso has developed a new, better system of making capsule coffee.

The idea starts by the capsules: with a flat lid but a different shape which is much more round, like a semicircle, they come in five different sizes, to accommodate five different coffees: Ristretto, espresso, double espresso, gran lungo, Americano, and Alto.

But the true magic here happens during the brewing process. Now, VertuoLine capsule coffee cannot be brewed in any single-serve machine: You need a specially equipped machine that only Nespresso makes (VertuoLine coffee makers).

Once you insert the capsule, a whole new method takes over: This brewing method, called Centrifusion, relies on the centrifugal force –which means it spins the capsule instead of using pump pressure to extract the coffee- and infusion.

These new machines can reach velocities of up to 7,000 spins per minute, depending on what the capsule calls for.

Learn more about the Vertuoline in our article Nespresso VertuoLine and Original Compared and Reviewed.

On the other hand, the capsule coffee system is very limited. You can really only make a certain amount of coffee at a time, because all capsules contain pretty much the same amount of coffee, while VertuoLine capsules come in five different sizes, which expand the list of coffee drinks you can make.

Its limitations extend to brewing, too: In brewing, you usually adjust to the certain type of coffee that you want to drink: If you’re brewing from a very dark roast, you’ll be extra careful not to let it brew longer than it needs because you’ll end up with an undrinkable cup of coffee. And Vertuo machines make up for this: Each capsule has a barcode imprinted on it.

The machine will read this barcode, which provides it with information regarding 5 brewing variables: Revolutions per minute, infusion time, water temperature, flow, and volume.

This is, without a doubt, a great improvement for single-serve coffee, because it allows a necessary adjustment to the needs of each coffee; you wouldn’t brew specialty coffee the same way you’d brew cheap ground coffee from the store, right? And that’s the point of Vertuo.

Truth be told, espresso could never be replaced by another method, no matter how good it may be. It was the espresso who gave way to coffee culture, as well as a whole world of espresso-based drinks.

Making a good espresso requires a lot of practice, knowledge. More importantly, it requires an investment that many people are not prepared to make: A coffee grinder, an espresso machine, etc.

For people who unfortunately don’t have the time and energy to learn how to operate (and take proper care of) these machines, making espresso at home -much less a good one- is just something they would only dream about.

And that’s where Nespresso comes in; you don’t need to learn how to work a complex machine, because Nespresso coffee maker rarely has more than just a couple of buttons. And the coffee comes already grounded and ready to be put in the machine. But, above all of this, it’s the quality. Because you could just as well make instant coffee; it’s much cheaper, quicker, easier. But Nespresso coffee really does taste like something made by a barista, like a coffee you would get at a good coffee place.

Coffee in Australia and New Zealand

0
Nowadays, finding a Starbucks at the end of every other lane is a common experience most of us share when stepping out...
Read more
Uncategorized

0
Is the Atlanta coffee chain really worth the hype? If you are a coffee enthusiast and live around Atlanta,...
Read more