Many European powerhouses with a rich history and culture of coffee that span centuries dominate the global coffee industry today. Some others, like Colombia, Ethiopia, and the US, are also a part of this category. But Tanzania is often one country that flies under the radar. Bordering Kenya, another country renowned for its coffee, Tanzania doesn’t produce the most beans in the world (though they grow roughly the same quantity as Kenya). They do not have any particularly creative ways of making coffee, like the Turkish or Irish variants. However, they do offer some of the unique tasting coffee available anywhere in the world. The diverse landscape offers a plethora of cupping notes intertwined in fascinating ways.

The birthplace of coffee is not very far from Tanzania. According to popular legend, coffee was first consumed in Ethiopia, not by humans, but by a group of goats that showed symptoms of hyperactivity after eating the berries of a particular bush. When the goatherd realized the potential of these berries, he approached priests of the nearest church, and the rest is history. Between Ethiopia and Tanzania also lies Kenya, which has long overshadowed the latter in all things coffee. But being this close to coffee cultures as vibrant as these two is bound to have had some influence on Tanzania’s homegrown production, and this is indeed the case.

What Makes Tanzanian Coffee So Unique?

Tanzania has been blessed with the ideal weather conditions needed for sustained growth of high-quality coffee. Environmental factors play a crucial role in growing coffee that is packed with decadent flavors and a suitable texture. These include adequate height above sea level, volcanic soil, a hot and humid climate, and the requisite drainage facilities. Tanzania happens to possess all of these, allowing it to grow a prized category of beans called Strictly Hard Bean (SHB) coffee. These beans are grown at an altitude of 4,500 feet or more. Height is one factor that is most positively correlated with quality in coffee, and Tanzania’s fertile hilly terrain is perfectly suitable for SHB coffee.

Another trait that makes Tanzanian coffee so unique is that an overwhelming majority of it is produced by small enterprises, mainly families across the country. Knowing that your coffee is not being mechanically processed by yet another multinational corporation, but rather infused with the idiosyncrasies of how each producer grows their coffee means that every cup made from Tanzanian coffee beans will taste slightly different. Though this inconsistency can be a demerit for some traditionalists and some markets, the noticeable human touch adds a unique dimension to Tanzanian coffee.

Last point that makes Tanzanian coffee unique is that, along with being classified as SHB, Tanzanian coffee is also graded based on its size. One of the main ways coffee is distributed for sale in Tanzania is through auctions, and larger bean sizes regularly command higher prices. The grade, in decreasing size, goes like this: AA, AB, C, and PB. It is unclear whether there is any actual effect of a larger size on the taste of coffee but to each their own.

Agriculture in general accounts for a large part of Tanzania’s revenue and only tobacco is more commonly grown than coffee. However, the growth of specific plants alongside coffee, such as bananas, can noticeably alter the taste of the coffee cherries. It also has the benefit that if one were to go to some of the coffee hotspots in the country that we’ll mention below, they would find endless plantations and rows of majorly coffee, but also many other plants.

In Tanzania, there isn’t one, but two types of coffee that you need to try, and no, we don’t mean Arabica and Robusta. Both these species of coffee come under a category called flat bean coffee, while the other one is called peaberry coffee. The difference is subtle, but many claim that it has a decisive impact on the taste of your cup o’ joe.

When bright red coffee cherries grow on a coffee plant, it is virtually impossible to tell whether one will find a peaberry or flat bean inside. A cherry with flat beans will have two seeds within it, while one with peaberries will contain a singular seed. But this one seed is believed to carry the power of two. Peaberries are rounder, and more evenly shaped than flat beans. They also possess the flavors of a flat bean in higher intensity. Producers usually separate the two after doing away with the cherry husk, but this comes at an additional cost for the consumer. To avoid a higher price tag, many leave them mixed with flat beans.

Tanzania might not be up there with titans like Italy, Spain, France, or the US in terms of coffee production, or even coffee culture, but this African nation does produce some truly noteworthy coffee. Its geographic location has blessed it with the gifts of nature needed for the production of complex, decadent coffee that is brimming with elaborate cupping notes. Along with the conventional flat bean coffee, the Tanzanian peaberry has also shot to fame in many parts of the world for its concentrated flavors. With growing harvest yields every year, Tanzanian coffee is here to stay and is undoubtedly one of the most intriguing destinations for coffee lovers around the world.

Are you a coffee lover? Of course you are! Become a part of our exclusive Coffee Sesh Facebook Group, Daily Coffee Talk, and join our expanding coffee community. And don’t forget— we’re on Pinterest and Instagram! Check us out for daily coffee content. 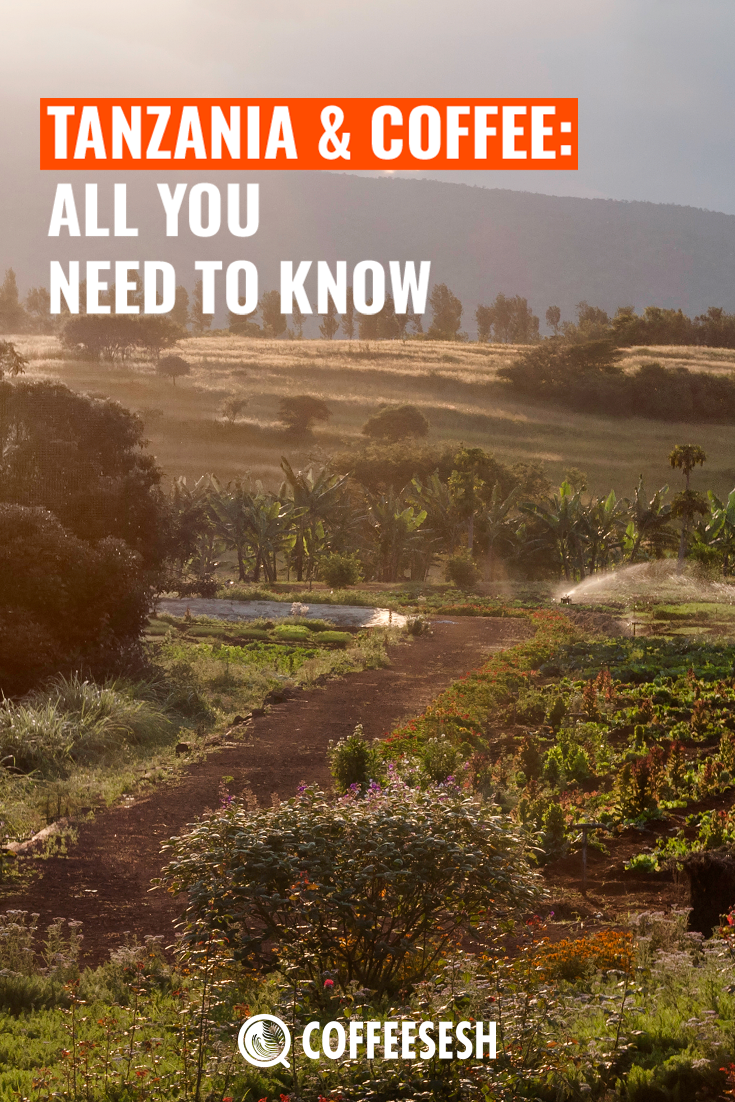 What is Light Roast Coffee and How Does it Taste Like?

The Best Organic Decaf Coffee Available in the Market

The Caribbean Coffee Explained For The Newbies

What is white coffee?