Types of Coffee Roasts – The Different Types Of Roasts 2020

There are so many different types of coffee roasts out there that it can be hard to keep them all straight! New England roast, Italian roast, Spanish roast, cinnamon roast, breakfast roast—there’s too many to even name!

Well today, we’re going to break it all down for you. We’re going to tell you about some of the most common types of coffee roasts and their unique, individual coffee flavor profiles. Hopefully by the end of this post you’ll have a better idea of which coffee roasts are right for you and which ones you should skip!

Cinnamon roast is considered to be a light roast because the beans are taken out of the roaster super early. They haven’t even reached the first crack yet!

When coffee beans reach certain internal temperatures, they make a distinct popping noise that’s called a “crack.” The “first crack” occurs when the beans reach 385 degrees. That may sound like really high temperature, but when it comes to roasting, it’s not. At that temperature, the beans have just barely begun to get toasted. They’re still a light blondish color, not that deep brown shade that we associate with coffee beans.

Since the beans in cinnamon roasts are taken out so early in the roasting process, they retain a lot of their original flavor. Dark roasts take on more burnt, smoky flavors than light roasts because they’re roasted for longer. These smoky flavors can overpower the delicate natural flavors of the beans. So if you’re a coffee purist who wants to taste as much of the original flavor of the beans as possible, you’ll like cinnamon roasts the best!

Cinnamon roasts tend to have a light body and high acidity content. You’ll taste a nice, fruity acidity and a toasted grain flavor when you drink it.

Sound good? Then try out this cinnamon roast from Whole Foods. It’s made with high-quality arabica coffee beans, so you’ll love the way it tastes! If you want to learn more about Arabica coffee beans, check out our article What’s the Difference Between Arabica vs Robusta Coffee Beans!

Check out New England roasts and half city roasts too—they’re just a touch darker than cinnamon roasts but have a lot of the same flavors.

City roast is a type of medium coffee roast. We love medium roasts (particularly this one from Koffee Kult) because they retain a lot of the original flavor of the beans, but have a deeper, richer coffee taste and fuller body than light roasts.

Remember that first crack we were talking about before? The beans in city roasts are taken out of the roaster after the first crack. They reach higher internal temperatures and turn a much darker brown color than the beans in cinnamon roasts, which changes their flavor quite a bit.

City roasts have a fuller body, lower acidity content, and a richer flavor profile because of the extra roasting time. They often have hints of caramel, which makes them perfect for people with a sweet tooth. They’re also great for coffee lovers who want more of that rich, classic coffee taste but don’t want to graduate to a dark, smoky roast.

Our favorite medium city roast is this one from Coffee Bean Direct. It has a smooth mouthfeel and a full flavor with hints of nuts, malt, and caramel. If you like a little something sweet in the morning, this is the perfect coffee roast for you, with or without cream and sugar!

If you like the sound of city roasts, check out American roasts and breakfast blend roasts too. They’re other types of medium coffee roasts that have similar flavor profiles to city roasts.

The beans in Vienna roasts are taken out of the roaster right around the “second crack.” The second crack occurs when the beans reach an internal temperature of 427 degrees Fahrenheit.

Vienna roasts often have rich, smoky, and spicy flavors like chocolate, tobacco, and cinnamon. This one from Whole Foods has a rich chocolatey flavor and a full body. It feels substantial when you drink it, so it’s the perfect way to wake up in the morning. It also has much less acidity than the light and medium roasts we talked about earlier, so it’s a better choice for people who have stomach problems like acid reflux.

If you like Vienna coffee roasts, check out other medium-dark roasts like the full city in our article 7 Best Medium Roast Coffees!

Espresso roasts are the darkest of the dark. They contain beans that are super smoky and charred, so they have lots of rich, deep flavors. They have a bright sheen on the surface from all the oil that’s brought out during the roasting process, and they look almost black in the light.

This roast’s smoky, deep flavors are perfect for making rich, bold espresso. Some people complain that this type of roast tastes too bitter or burnt, but we love it! It’s great for making drinks that are milk-heavy, like lattes and cappuccinos, because its bold flavor can cut through the sweet steamed milk.

If you want to try out an espresso roast, check out this one from Lavazza. It has a spicy aroma and chocolatey flavor that’s beyond crave-able!

If you love espresso roasts, check out Spanish and Italian roasts too. They have a similar smoky tobacco flavor that you won’t be able to get enough of! And for when you’re ready to master how to make a perfect shot of espresso, check out this article from Coffee Sesh!

We hope that this post has helped you pick out some great new roasts to try. Which ones are you going to check out? We think we’re going to get another bag of cinnamon roast when we need to top up our coffee stash. We absolutely love its bright fruity taste! Drop a comment down below!

This article is sponsored by Amazon Prime! Amazon is offering our Coffee Sesh community an exclusive FREE 30-day trial of their famous Amazon Prime Membership. Click here to get your free trial started and enjoy that free 2-day shipping!

Indulge yourself in some more coffee knowledge and learn the different coffee roasts with additional Coffee Sesh articles. Check out The Best Shade of Coffee for You, What is Medium Roast Coffee, and What is Dark Roast Coffee.

For additional coffee content, you’ll love our Pinterest! With daily doses of latte art videos and inspirational coffee beverages, you’ll be a pro- barista in no time! Also if you want to learn more about making coffee from people just like you, be sure to join our private Facebook group here at Daily Coffee Talk. You’ll be able to learn how to brew, how to roast and most importantly how to enjoy the perfect cup of coffee!

Thanks for reading, we’ll brew ya later! ☕️ 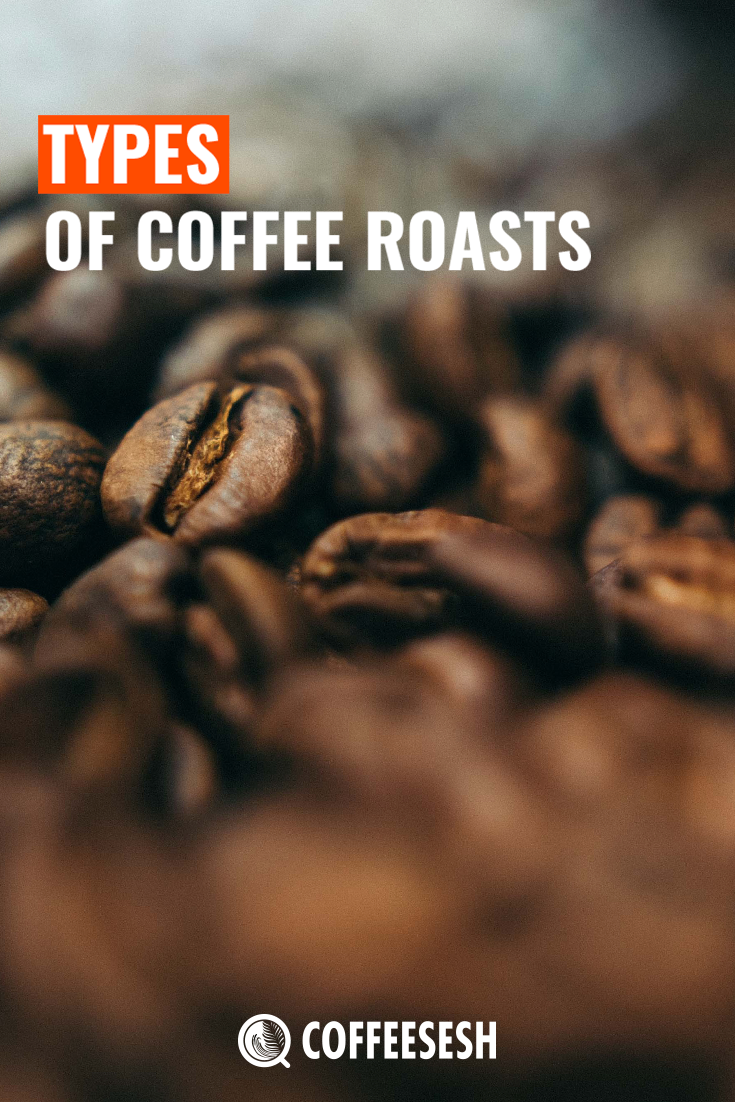