Coffee drinking is no longer just a ritual to get your juices flowing, but is now a worldwide culture movement, with decaf coffee in the forefront!

True, there are a number of us who find it extremely difficult to function before chugging our morning dose of caffeine, because it is a stimulant at the end of the day. Feelings of positivity, being present, and more awake are roused by caffeine.

The influence of diet trends and marketing has led people to be more aware of what they are putting into their bodies. Drinking decaf coffee is a worldwide millennial trend next to gluten free, dairy free, Veganism, Keto diets, but most just do it for the Instagram photo opportunity. (You never know when your next post may lead to an overnight internet success story).

What’s all the Hype About Decaf Coffee?

Let’s start by breaking down what coffee is really all about. Contrary to popular belief, coffee comes from ground coffee beans, but these are technically seeds picked from a purple or red fruit that grows on a coffee tree. Coffee beans, tea leaves and cocoa all contain caffeine– which is the stuff that gives you the energy boost after your morning cup of Joe!

Decaf coffee is coffee that has been decaffeinated (but i’m sure you knew that); meaning that the natural caffeine in the bean has been removed during the production process. It is different from beverages that are caffeine free or non-caffeinated – these never had caffeine to begin with. Even though decaf coffees claim to have no caffeine, they still contain 1-2% of caffeine after the process.

Like most great things in history, decaf coffee was invented by accident. A German coffee roaster called Ludwig Roselius was transporting coffee in 1903 when some of the beans ended up being soaked in sea water. Instead of letting them go to waste, him and his colleagues used benzene after steaming the coffee beans and discovered a way to remove caffeine from the beans.

He was inspired to do this because, according to his family physician, his late father died from coffee addiction and he wanted to find a way to extract the caffeine, all the while promoting coffee drinking. Benzene was later on discovered to be a carcinogen and was replaced by other acids, bases and solvents.

By 1906, he had patented the process and went on to become the best seller of decaffeinated coffee. He introduced decaf coffee to Europe under the brand ‘Kaffee Hag’ and in France, it was called ‘Cafe’ Sanka’. To this day, Ludwig’s decaf coffee can still be found retailing under the worldwide Kraft Foods trademark.

In 2009, Brazil coined the phrase ‘Decaffito’ which referred to coffee beans that have been genetically modified to grow without caffeine.

Decaffeination – How Does it Work?

There are three main ways to get rid of the caffeine in coffee beans. They involve washing in organic solvents, water or carbon dioxide before roasting and grinding. Here are a some of the ways used to create decaffeinated coffee

In this process, green coffee beans are soaked in either ethyl acetate or methylene chloride before steaming. The beans are later dried and roasted. These chemicals damage the flavor of the coffee because they remove other positive compounds in the coffee beans and not just the caffeine.

Using solvents may seem like a pretty harsh process to put a coffee bean through, considering methylene chloride is used as a degreaser or paint stripper while ethyl acetate is found in nail polish. With all the health warnings associated with the two solvents, this method is quickly being abolished.

Decaf vs. Regular – Can You Taste the Difference?

Considering the process that coffee beans go through to get decaffeinated, there is definitely a difference between regular coffee and decaf coffee. Removing the caffeine from the beans does tend to mellow down the aroma and taste as compared to regular coffee. Regular coffee also seems to have a heightened bitterness in contrast to decaf.

The roasting and brewing processes additionally affect the levels of caffeine in your coffee. The myth was that you get more caffeine in light roasts than in dark roasts. Caffeine levels remain the same while roasting, it’s the brewing process that will determine the strength. For example, coffee made in a French Press will have more caffeine than an espresso shot because the coffee grounds soak in water after the initial brewing process, thus affecting the final flavor.

The Good, the Bad, and the (not so) Ugly

There is the unsolved debate on whether or not coffee is good or bad for your health. On one hand, caffeine is known to boost energy levels and lower fatigue but on the other hand, too much caffeine can lead to anxiety, elevated heart rate and difficulty sleeping.

Decaf coffee reduces the possibility of heartburn and acid reflux that is experienced by some regular coffee drinkers. It is also known to minimize the risk of type 2 diabetes. Decaf coffee has been recommended to elderly coffee enthusiasts and people with heart conditions because it reduces the jitteriness brought about by the caffeine in regular coffee. Drinking about 2 cups of decaf coffee has been linked to reducing the risk of getting rectal cancer by up to 48%.

Medical experts have verified that decaf coffee contains up to 15% lower amounts of antioxidants than regular coffee. Antioxidants help protect your body from ‘free radicals’ that damage important molecules like your DNA. Considering that coffee is a healthy source of antioxidants, the decaffeination process takes away the nutrients associated with coffee.

At the end of the day, the debate of regular verses decaffeinated coffee will continue to rattle coffee connoisseurs and devotees for the next couple of years, but at least now you know what all the fuss is about.

Keep the conversation going! We’d love to hear feedback and your thoughts on decaf coffee. Maybe you have a story you’d like to share? Drop it in the comments section down below! Want to learn more about making coffee from people just like you? Be sure to join our private Facebook group here at Daily Coffee Talk. You’ll be able to learn how to brew, how to roast and most importantly how to enjoy the perfect cup of coffee!

Thanks for reading. Brew ya later! ☕️ 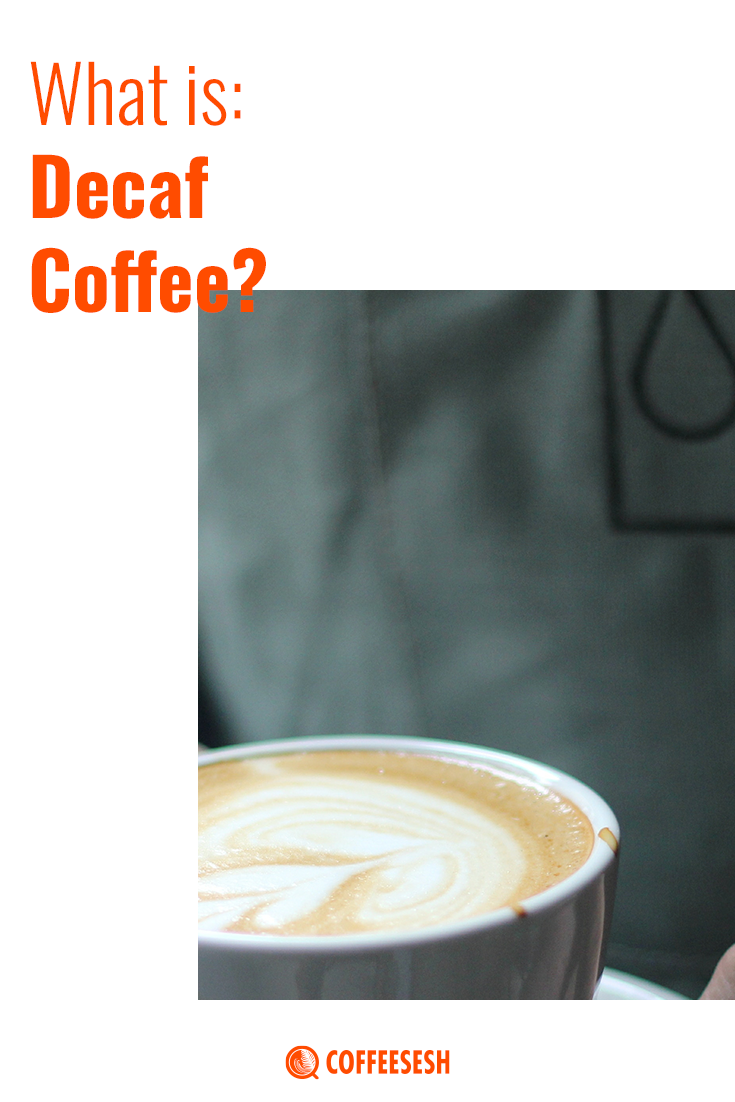 What is Dark Roast Coffee? Read on Coffee Sesh.

What is a frappuccino?

Tanzania & Coffee: All You Need to Know Them