If you’re a Western European who drinks French Roast coffee, you’re probably consuming some of the darkest, most robust coffee available in the world. If you’re from the United States, however, the idea of French Roast might be alien to you.

You might have been asked whether you prefer light, medium, or dark roasted coffee, but regionalized epithets, like French roast, could well appear to be some modern voodoo. But in reality, French Roasted coffee is just coffee that has been roasted way beyond the point where none of the subtleties of the bean can be tasted anymore.

This charred and smoky coffee flavor was a popular staple in the 19th century Europe, and it has retained its charm today. In this article, we’ll go over exactly how dark French Roast coffee is, and how you can make a cup at home! We’ll discuss the taste in greater detail, along with a comparison of other dark roasts such as those native to Spain and Italy.

Think of the French Roast as the fourth, and highest category in the light, medium, and dark quadruplet. The name itself comes from the color of the coffee beans after they have been roasted, and French Roast coffee is the most a coffee bean can be roasted. Several attempts have been made to measure this.

The Specialty Coffee Association of America has designed its scale to differentiate between coffees of different roasts by rating them on a range between 25 to 95, wherein 95 is the lightest roast. French Roasted coffee scores somewhere around 30, and so it truly is some of the darkest coffee one can consume.

At the same time, it is also true that other types, such as Italian roasts, are even oilier than French ones, and some believe that it, or Spanish coffee, is stronger than French roasted coffee. However, the conclusion regarding which is truly the darkest comes down to individual taste. But it is undoubtedly true, that given how much these beans have been roasted, it is hard to tell the difference.

Want to give each roast a taste? Here’s a French Roast, Italian Roast, and a Spanish Roast for you to try!

Where to Buy French Roast Coffee

There are some differences between the French Roasts commercially available in North America, and the product that citizens of Western Europe have the luxury of consuming. The coffee sold in the former can sometimes be comparatively less dark to suit the palate of the region, which typically falls on the milder side. If possible, get beans you know have been imported from France or the surrounding countries.

While shopping, you might also come across some packs labeled ‘light French coffee’, or ‘dark French coffee’. The former is sometimes also called the Full City or Full City + roast, but true to their name, they’re milder than the typical French roast.

How to Make French Roast Coffee

Besides the hassles of purchasing French Roasted coffee, you can easily roast beans at home using either an oven, a roaster, or just a simple pan!

You can even get away with using a popcorn popper, like this one, but be careful while doing so, and be sure not to do it regularly, or the popper might crack. Once you heat the beans on your choice of vessel, the initially-green beans will turn yellow as they are exposed to heat.

You will hear two cracking sounds after around four minutes. The first crack signals that the bean is expanding and the color is darkening. The signature ‘second crack’ that is heard during this process is a sign that the walls of the beans have cracked open, causing the oils to rush to the surface.

At this stage, the internal temperature of the beans rises as high as 464º Fahrenheit. Heating them any higher will result in them burning out completely, and presenting a potential fire hazard. Once you’ve heard the second crack, wait for around 30 seconds to a minute more before cooling the beans down.

The long process of roasting comes with the consequences that the beans lose most, if not all, of their antioxidants and other healthy components. Some studies have suggested that lighter roasted coffee retain these beneficial chemicals. However, there is no ‘harm’ to be suffered from drinking darkly roasted coffee!

As mentioned before, all the natural flavors of the coffee bean vanish by this point, and what is left is an intense, bitter (sometimes bittersweet), and charred coffee. French Roasts, like this one from San Francisco Bay Coffee, have a thin body with very less acidity and a consistent taste that is appealing to many who swear by it.

If you feel that your coffee is a little too bitter, try grinding the roast more finely next time. Find out why burr coffee grinders are a must compared to blade grinders with this Coffee Sesh article. This will help extract the sugars more efficiently. Rarely, French Roast coffee might also retain a slight vanilla or berry flavor, despite the high levels of heat the beans have been subjected to.

It is important to note that while the taste of French Roast coffee is stronger and more bitter than other roasts, the caffeine level is not either less nor more than other roasting levels. However, the same weight of coffee, taken from dark roasted and light roasted piles, will contain a different number of beans. The former will have more beans because in the process of roasting, even though caffeine is not lost, other elements like moisture are, which reduce the weight of coffee.

Check out this high-rated French Roast from Peet’s Coffee.

Two things are worth knowing about French roast coffee that has not been mentioned thus far. Firstly, due to the flavorless taste of this type of coffee, companies often use below-par quality of coffee beans that contain flavor defects and underwent some malfunction in processing. But once roasted to that degree, it’s challenging to be able to recognize the good from the bad. The official term for this grade of the coffee bean is Robusta.

Secondly, there have been claims that consuming French Roast coffee supports economies in developing countries whose weather conditions aren’t suitable for coffee growing in harmful ways. Because the value of these defected beans is less, but there is a steady demand for it, workers are forced to operate on wages equivalent to peanuts.

Want to buy French Roast coffee fro ma vendor you know is supporting their workers? Try this one from Equal Exchange. And for a look at ethically, and organically grown coffee, go over to this article!

French Roast coffee is at the point of no return. It is choosing the dark side, but if you grow an appreciation for the taste and consistency, there is nothing wrong with going dark on this one! French roast coffee is the fourth category of roasts, along with its Italian and Spanish counterparts. It is a unique tasting coffee that retains none of the beans original flavors, and that’s precisely why so many are loyal to their French roasts.

For an organic taste of French Roast, this bag from Allegro Coffee will do the trick!

Is French Roast coffee on your bucket list to try— or does it sound a little too daunting for you taste buds? Maybe you’re an avid French Roast drinker already! Let us know what brands we should try, in the comment section below!

Thanks for reading! We’re excited to share that this post is sponsored by AmazonFresh! Enjoy unlimited grocery shipping for only $14.99/mo! Sign up for a FREE trial here— exclusively for our Coffee Sesh Community.

For more articles to enhance your coffee knowledge, check out 5 Coffee Myths Debunked, Why Does Coffee Make Me Tired, or Can You Freeze Brewed Coffee!

Our coffee community is ever-growing! Join us on Pinterest and Instagram for daily coffee content today! Also if you want to learn more about making coffee from people just like you, be sure to join our private Facebook group here at Daily Coffee Talk. You’ll be able to learn how to brew, how to roast and most importantly how to enjoy the perfect cup of coffee! 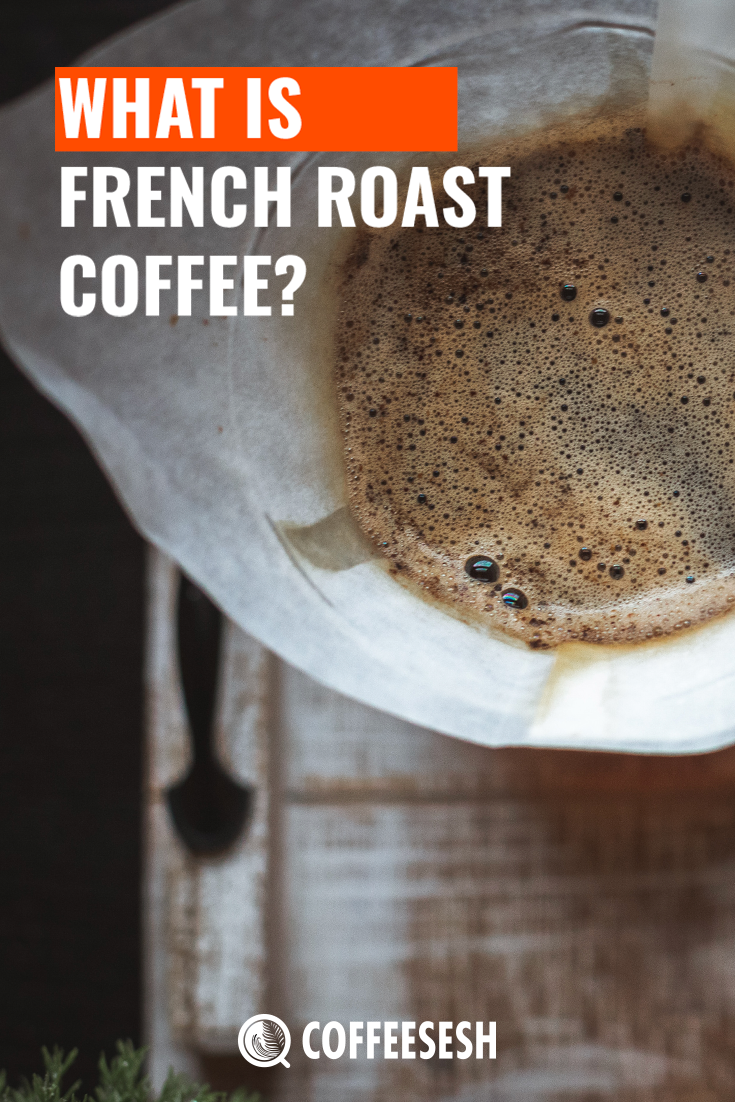 Learn How to Make Chocolate Covered Coffee Beans with Ease

Ultimate Home Brew Set Up (What You Need To Make Coffee)

Choose The Right Coffee Filter For You (Complete Guide)